I woke up cold, at about 4am on a bench outside the front door of the Omakau Hotel. My feet were especially frozen so I went for a little walk to try to warm them up. It didn’t really work, and when I got back to the bench, I dug my Buffalo jacket out of my pannier and put it on. I was still cold as I lay back down and failed to get back to sleep. After another hour or so, the door opened and a guy walked out. “Er, morning” I said. “Morning” he replied as he walked past. When he came back a couple of minutes later, I asked if he worked at the hotel. He didn’t – he was just a guest. I was confused about what to do – I couldn’t check in or go to a room, so I just went in to the lobby and stood by the heater I found there. Another guy came down the stairs, we said “good morning” and he walked through the lobby and around a corner to somewhere else. I guessed that it was the breakfast room, because I could hear the two men talking and the sounds of toast being eaten and tea drunk. I also heard them talking about me (assuming I was “that c*nt lying outside the front door”). I hoped that someone who worked out the hotel would come along so I could check in, have breakfast and have a shower. But no one did. After a little while the two guys left and I wandered in to the breakfast room. I stood around wondering what to do – should I wait? Should I give up on staying here? I had stopped shivering by this point, so I walked outside and across the road to the dairy. It was getting light now, as I chatted to the woman behind the counter and bought a cup of coffee. While I drank the coffee I decided that there was now no point in checking in to the hotel, and I might as well just get going. So I packed up the Off-Roadrat and pedaled off down the Otago Rail Trail. 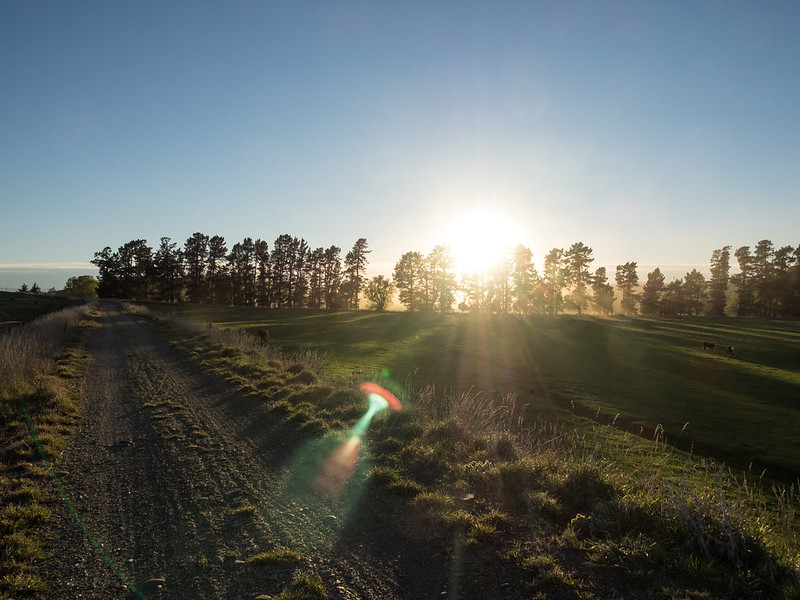 It was another beautiful morning and I was alone on the trail. I stopped in Lauder to have an excellent breakfast and chat to the proprietor. My plan had been to ride to Middlemarch and stay the night in a Bed and Breakfast, but as the day progressed I started to wonder if I really wanted to do that. Because, well, I wasn’t really enjoying myself. The trail was lovely, but my arse hurt and I just wanted to have a rest. What am I proving, and who to? I thought. I arrived in Ranfurly at 3pm, had a muffin and a cup of tea. I was about to head back on to the trail for the last 50km section to Middlemarch and I… I don’t know exactly what happened, I think I just imagined what it would be like to flag the last section, have a nice meal and stay the night here. And staying sounded more desirable than pushing on. So I did – I gave up. 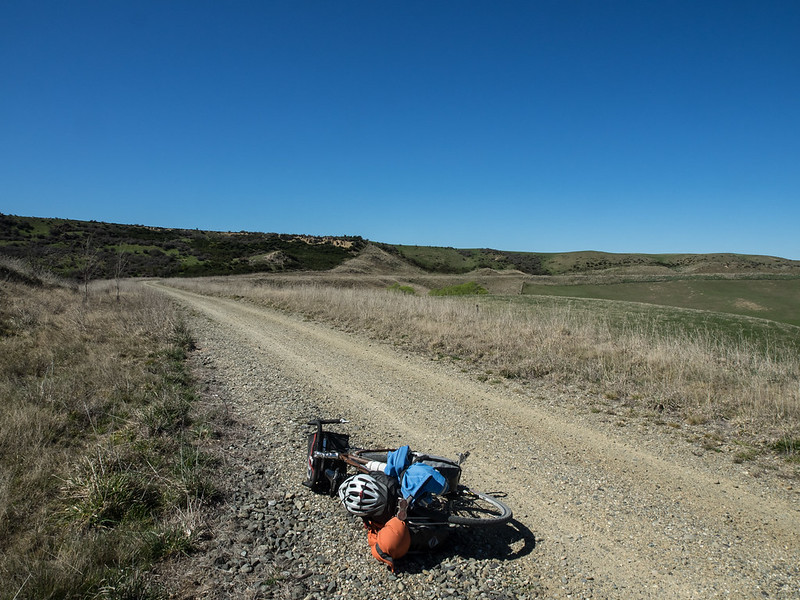 The next day I caught a bus to Middlemarch and from there, the train to Dunedin.