Do you wish your bikes could talk? I don’t. I’m pretty sure that if they could, mine would just complain. About the parts I’ve taken off them, the bits I’ve put on that they weren’t designed for and the fact that I hardly ever wash them. Take M. Peugeot for instance… I bought him a few years ago from a woman in Hamilton who I suspect had never ridden him, but perhaps found him in a shed. I think I paid about $150 after being the only bidder on TradeMe. He looked like this. 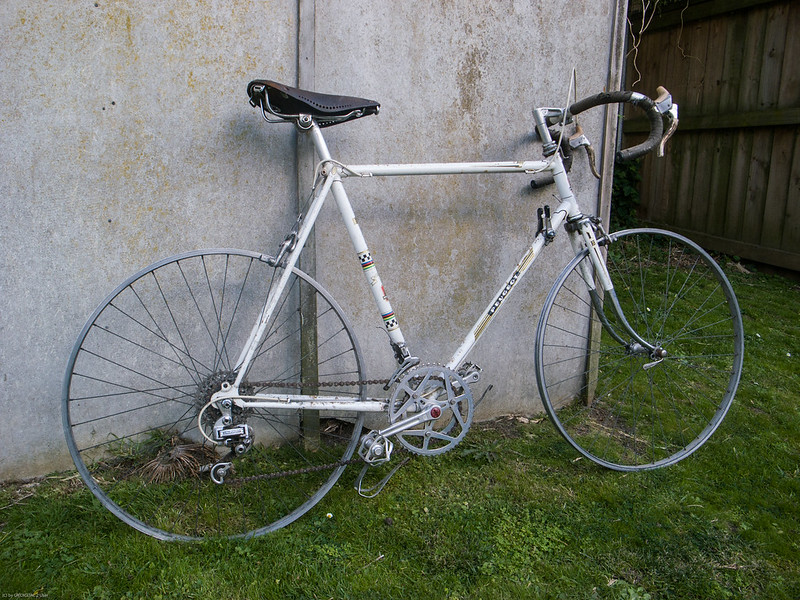 Despite his sad state, he had clearly been owned by an enthusiast at some point. The Brooks saddle did not accompany him out of the Peugeot factory in the mid seventies and nor, I suspect, did the nice SunTour VX front & rear deraileurs or the Sugino Super Maxy crankset. When I first fixed him up, I just put on some new tyres, cables, moustache handlebars and brake levers. Compared to my other bikes he was fast, smooth and long-legged. A bit of a tourer. We rode around the city, and he was my assistant for my first Velociteer performance. Then I came across some genuine Peugeot mudguards, put those on, attached a dynamo to power the  beautiful front light, and changed the shifters to bar-ends.

These modifications made him more practical, but he was a bit awkaward to ride – mostly thanks to that crankset with it’s stupid huge 53T outer ring. After converting the Roadrat in to a semi-offroad touring thing, I needed a bicycle that was better suited to riding to work. So I bought a bunch of parts and made M. Peugeot in to an ancient-looking but with some actually-very-modern components, commuting/general purpose bike. 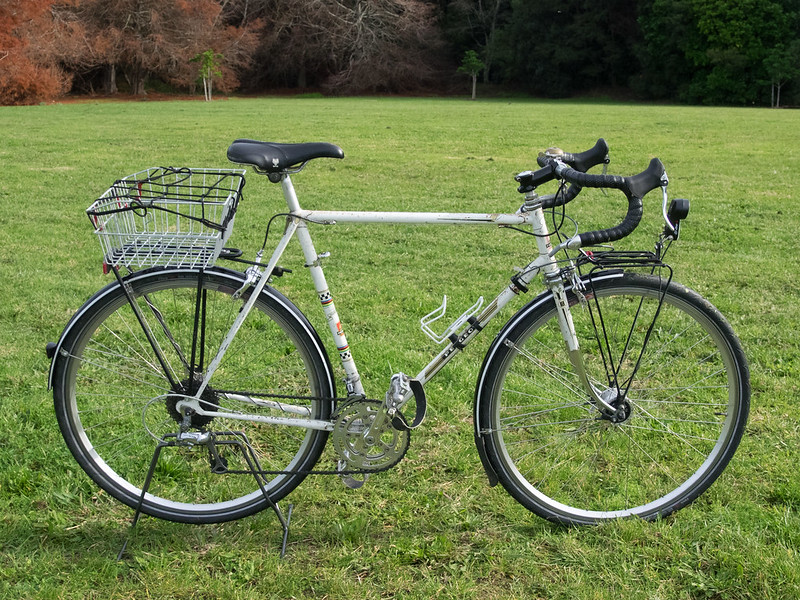 He was fitted with a dynamo front hub, powering front & rear LED lights, a nice 48/34 PlanetX crankset, Tektro Dual Pivot caliper brakes and Grand Bois handlebars. In this guise we took a trip down to Raglan, as well as hundreds of trips to & from work.
The latest change was from carrying stuff on the back to, to carrying stuff on the front. I bought a Soma Porteur rack, changed the handlebars to a pair of Salsa Cowbells, and put a Chrome Front Rack Duffel on. 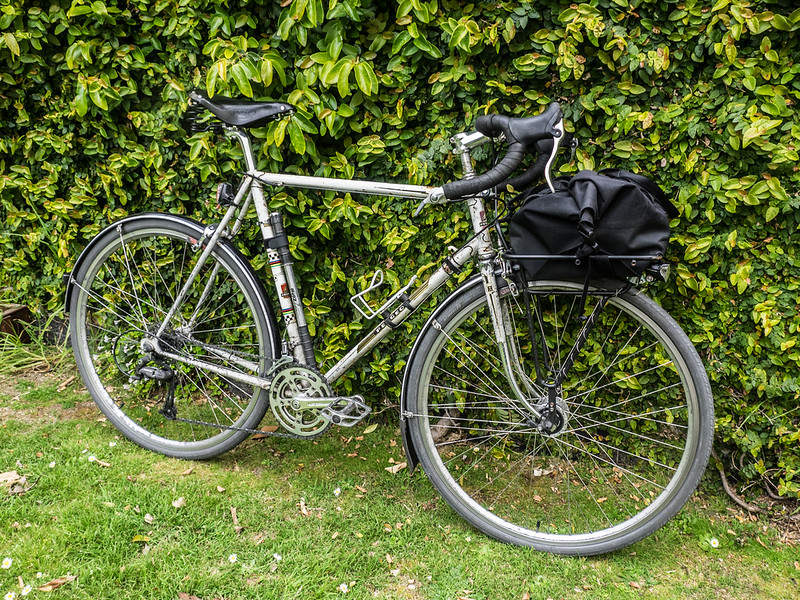 This weird combination of an old frame, with a bunch of mismatched new parts, has worked really well for the last year or so. The mudguards mean that wet roads don’t bother me, I prefer the front loading, the dynamo lighting system is lovely, and the whole deal has been very reliable. There’s just one little problem. The frame is too big. Bicycle sizing has never been my strong point, but when I first got the Spacehorse, it felt too small. After lots of riding I have come to realise that it’s the right size and the Peugeot is too big. Every time I ride him now, I feel like I’m climbing up on to this huge machine. So there’s a change a-coming…