Coup and I flew down to Wellington in February this year, for Nicolai and Jaenine’s wedding. I took the Off-Roadrat with me, with the intention of riding up the Hutt River Trail. As usual my plan was pretty vague – to ride from our (honestly pretty average) hotel in the central city, to the Hutt and then up the trail, maybe to the top of the Rimutakas, maybe down the other side to Featherston. 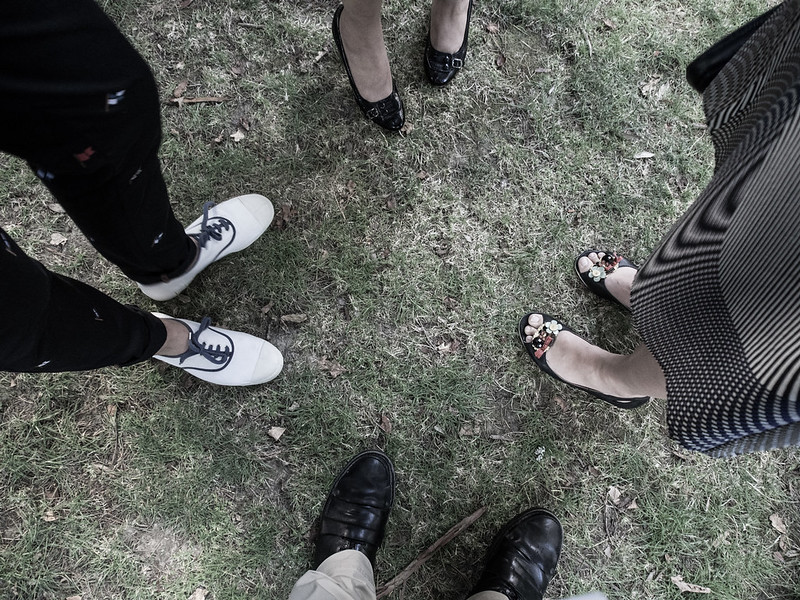 Riding to The Hutt was unexpectedly terrifying. You see it started off as a typical urban road, but as I followed the signs pointing to Lower Hutt, the roads got busier, and the speed limits got higher, until eventually I realised I was on a motorway. An actual motorway with 4 lanes of cars doing 100km/hr next to me, and nothing but a painted green stripe on the road to protect me. Jeebus, I thought, these Wellington cyclists are a bunch of hard-bastards. 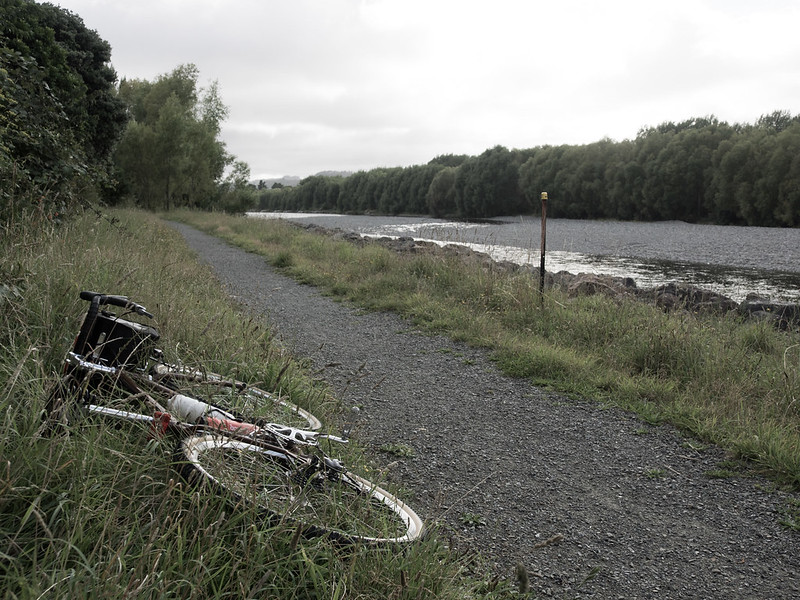 So I was very relieved to make it safely to Petone. Having forgotten to bring a map, I just headed for the river assuming that the trail would be next to it. And it totally was. I hadn’t considered however that a river has two sides – so which side should I be on? There were signs indicating that there were trails on both sides, so having arrived on the western side, I rode up there. It was very pleasant – there were people walking dogs, people picking some kind of berry, even some people managing to do both of those things at the same time. 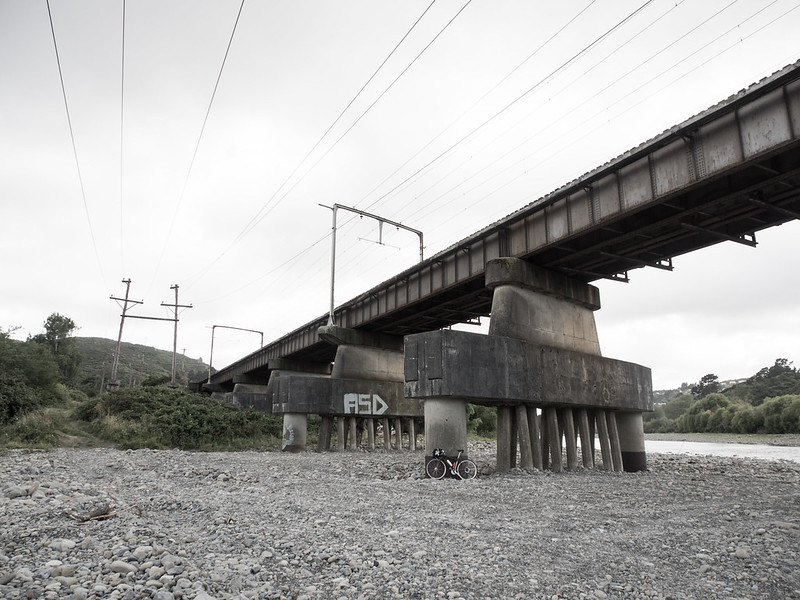 Eventually, in a place called Manor Park, the trail ran out and became a golf course. I’m sure one of the trail signs showed a crossing there, but it turned out to be a railway bridge only. I discovered this after bushwacking for a while, trying to find a way across. I gave up eventually and rode back down to Avalon Park and crossed there. This side of the river seemed more developed, the trail was wider and gravellier, the dogs were waggier. In fact I saw what I believe to be the waggiest thing in the world – six golden retrievers going for a walk together. 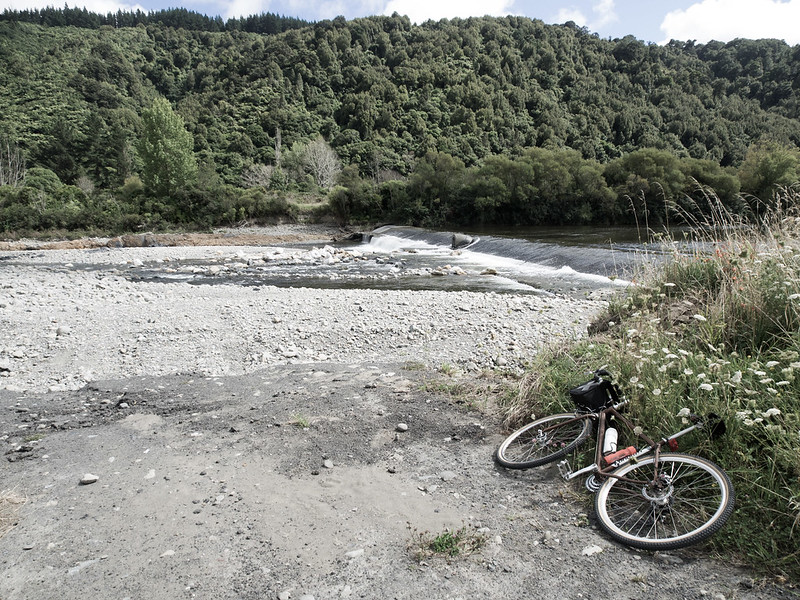 Eventually, around …Birchville (I think?) I got lost. The trail had become quite haphazard and after following markers that pointed over a bridge, the path just got smaller and smaller. It led through some trees and across someone’s front yard, down a hill, behind a row of houses and then ended at deserted children’s playground. 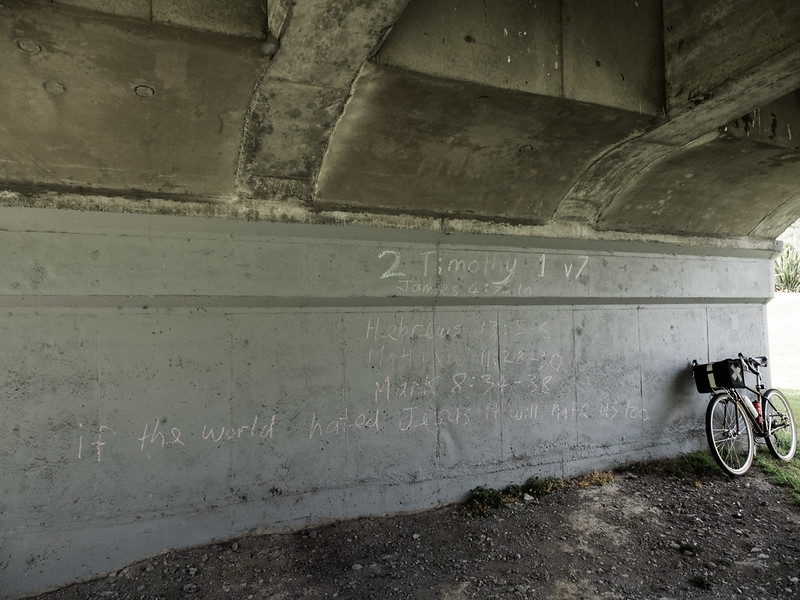 I was starting to think that local hillbillies had moved the trail markers so they could lure unwary cyclists to the playground of damnation to be… dismembered? Taught to play the banjo? I wasn’t staying to find out. Suppressing my panic, I blundered up to the nearest road and circled back to where it had all gone wrong. I guessed that the safest thing to do was head north, so I did, eventually emerging at a dairy where I was delighted to find my favourite thing – liquorice toffee. Unfortunately, this stuff is impossible to eat in public due to it’s extreme toughness. So I stuffed it in to my bag with the intention of devouring it later. 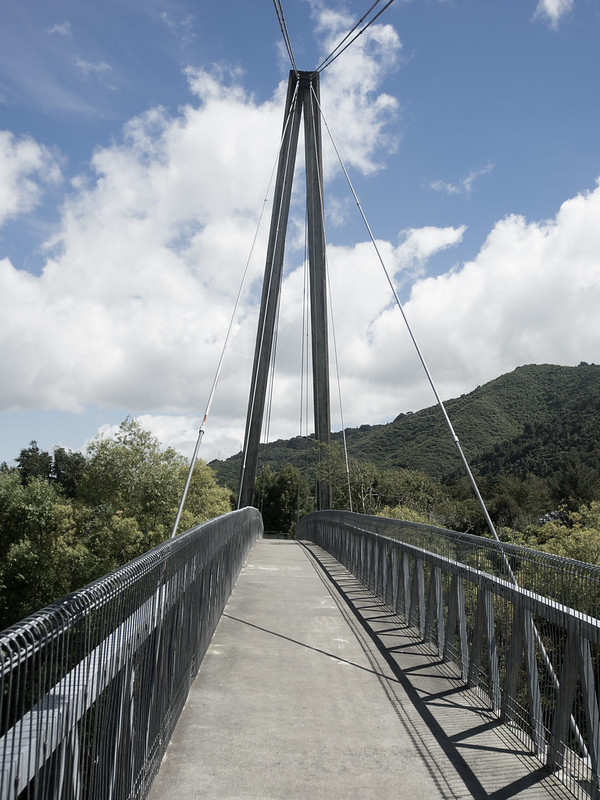 I was starting to think that I was never going to make it up the Rimutakas, but after a couple of lucky turns, somewhere between a Devonshire Tea place and the local Naturist society, the road started to head steeply upward. I followed, and sure enough there was the start of the Rimutaka Hill Trail. 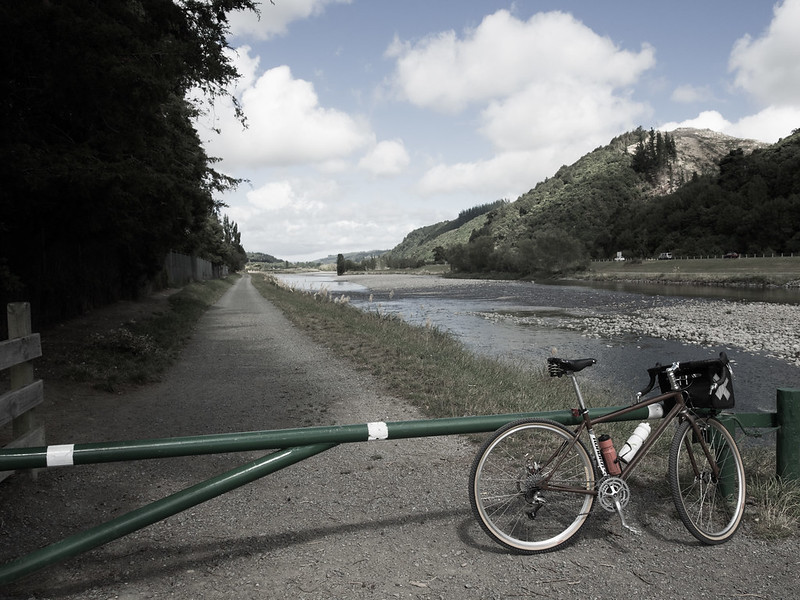 Which was beautiful. It starts off a bit steep, but gets gentler as it goes on. It runs through a forest, there’s a tunnel, what more could you want? 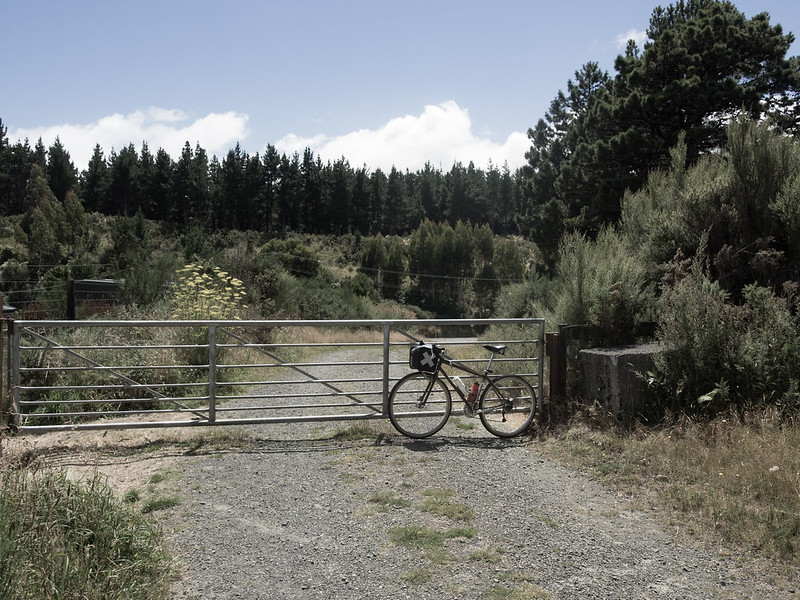 When I got to this gate, I decided it was probably the top, or close too, and that this would be a good place to stop. So I turned around and started the ride back. This turned out to be very similar to the ride there, except;
a) the gradients were all reversed
b) I didn’t get lost as much
c) I stopped at the Lower Hutt Pizza Hutt
d) I Strava’d it here 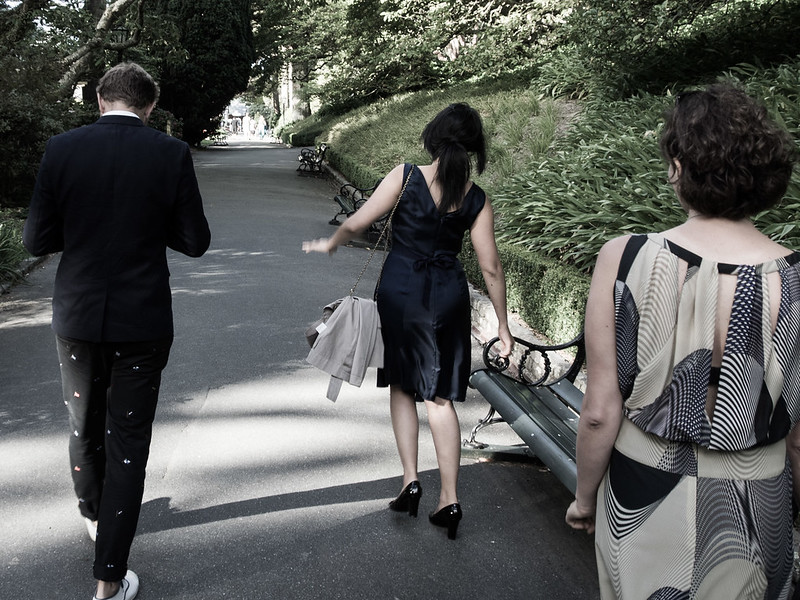 And the wedding? Well that was lovely.